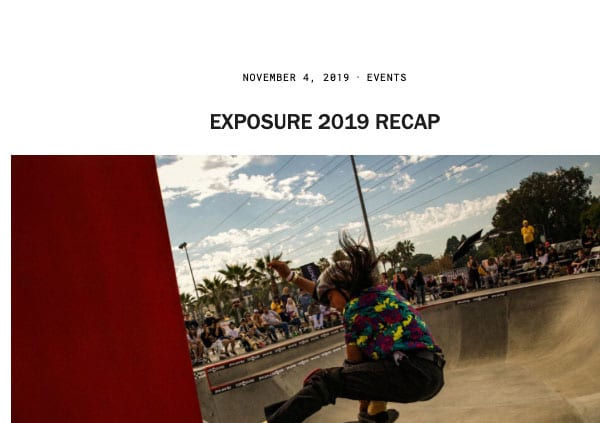 This year, was a special year in women’s skateboarding in general. It’s the year that skateboarding contests really started to “mean” something due to Olympic qualifying events. We’ve seen an insane amount of talented women coming from all over the world to compete in these events. However, long before the Olympics were on the horizon for skateboarding, Amelia Brodka saw a lack in exposure for women skateboarders and sought to fix that with the Exposure contest and non-profit.

Any cookies that may not be particularly necessary for the website to function and is used specifically to collect user personal data via analytics, ads, other embedded contents are termed as non-necessary cookies. It is mandatory to procure user consent prior to running these cookies on your website.